The campaign aims to prevent and delay the uptake of methamphetamine use and stop use.

Meth/amphetamine use has been declining over the past ten years, most people don’t use, and even fewer people use regularly. However, people who do use are using a more potent form, methamphetamine, and using more frequently, which is resulting in a greater level of harm being experienced.

Methamphetamine related harm is a significant problem for those affected by its use and those close to them. Treatment is available and is being accessed by more people – and it is free.

The overall aim of the Drug Aware Methamphetamine Education Campaign is to prevent and delay the uptake of methamphetamine use and stop use.

The campaign materials have been developed with the support of the Methamphetamine Campaign Expert Advisory Group and tested amongst the target audience to ensure credibility and believability of the materials, and to ensure the advertisements do not normalise the use of methamphetamine.

The following people and organisations are gratefully acknowledged for their support in the development  of the campaign:

Primary: 17 to 25-year-olds at risk of, or trialling, methamphetamine use.

See the real stories page to read about the experiences of Western Australians who's lives have been affected by meth.

A Community Toolkit has been developed as a resource for communities who have identified methamphetamines as an issue in their community.

This toolkit supports the key messages of the statewide methamphetamine campaigns, and provides professionals and community groups with strategies for addressing methamphetamine-related harm locally. 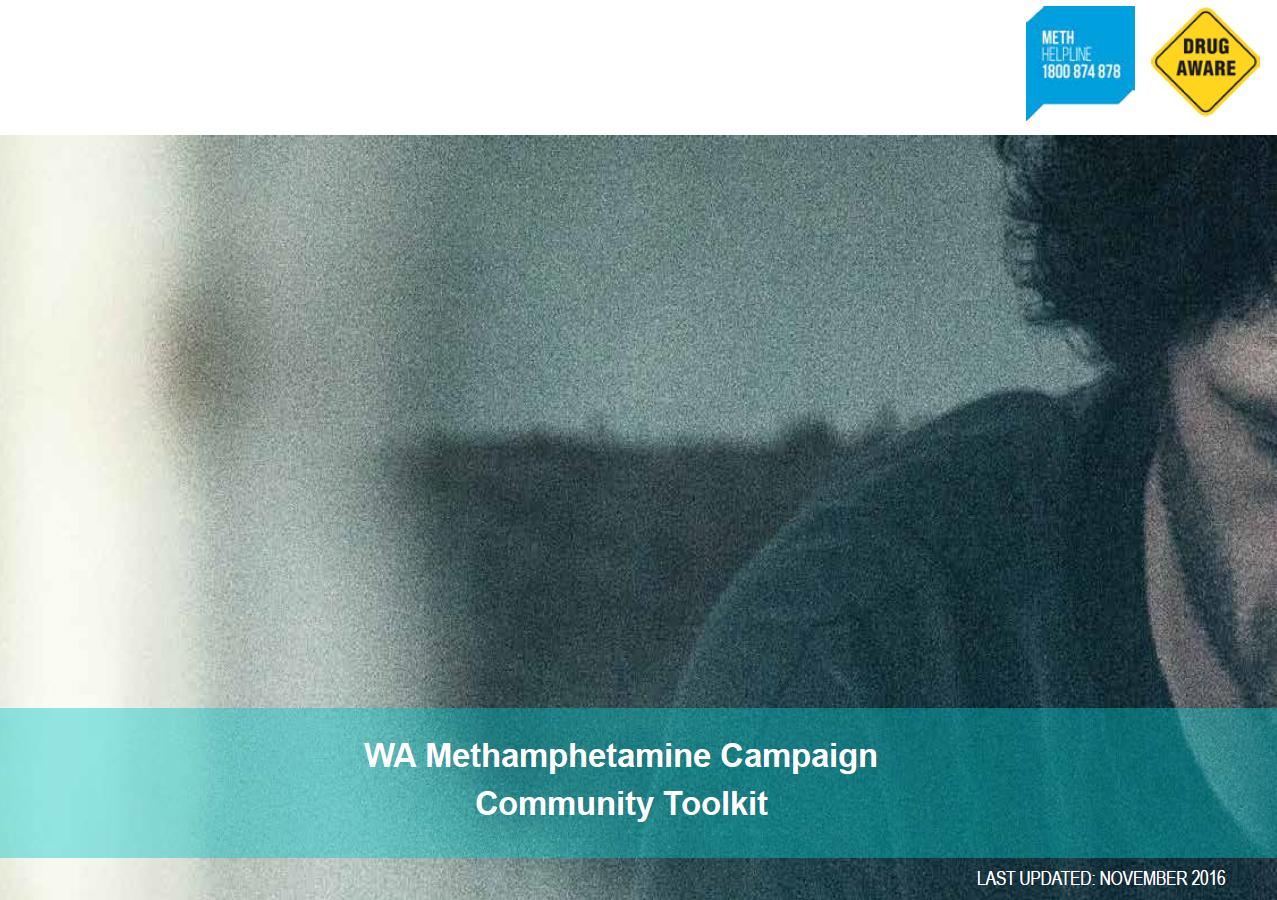 The target audience is encouraged to visit the Amphetamines section of the website for information.