Most of the data on this page is from the Australian Institute of Health and Welfare’s (AIHW) National Drug Strategy Household Survey (NDSHS). The AIHW classify the following as illicit drugs:

Unless stated, all data on this page is Western Australia specific.

Males were more likely to have recently* used illicit drugs in comparison to females (18.1% and 12.9% respectively).3 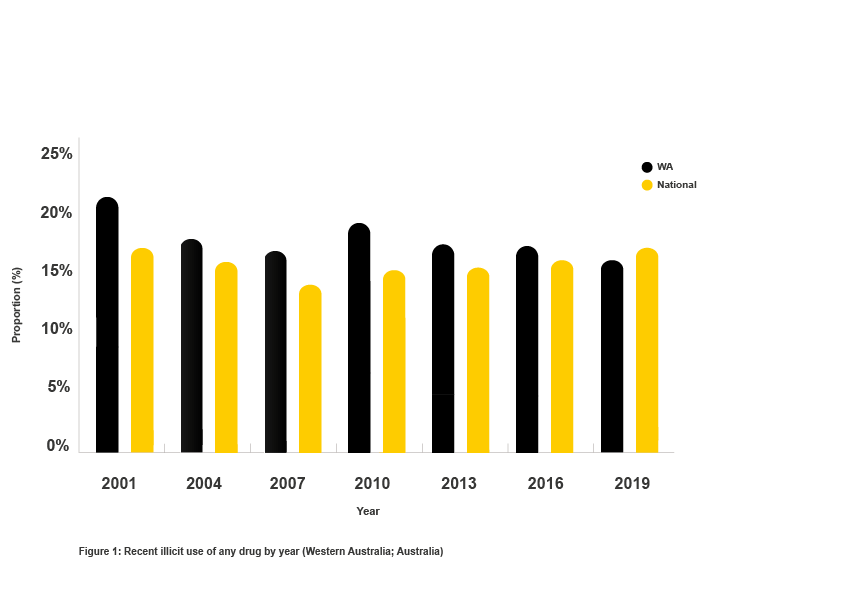 The average age of initiation of illicit drug use (excluding pharmaceuticals) in 2019 was 18.7 years old. In comparison, the average age for first use of alcohol was 17.2 years, and 16.5 years of age for tobacco.5 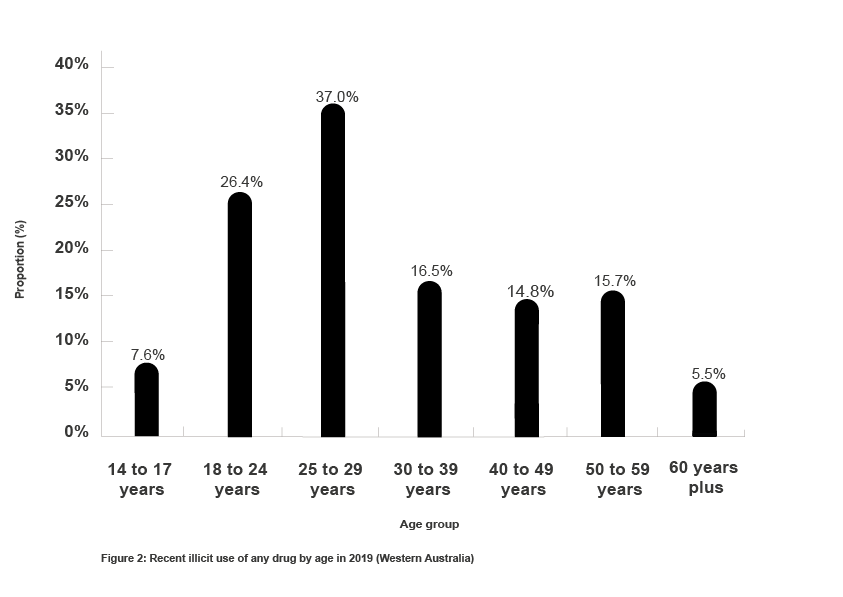 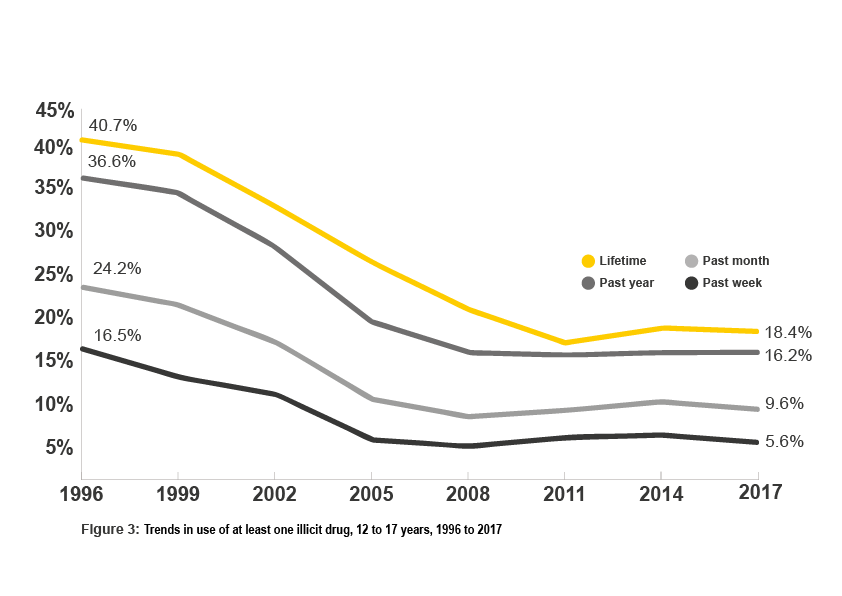 Between 1996 and 2017, there was also a significant decrease in the number of students who had used illicit drugs in the...

As shown in Figure 4, the proportion of recent illicit drug use by Western Australians reduced for most drug types in 2019 in comparison to 2016; however recent use did increase for cocaine from 1.6 percent and 2.4 percent respectively.2 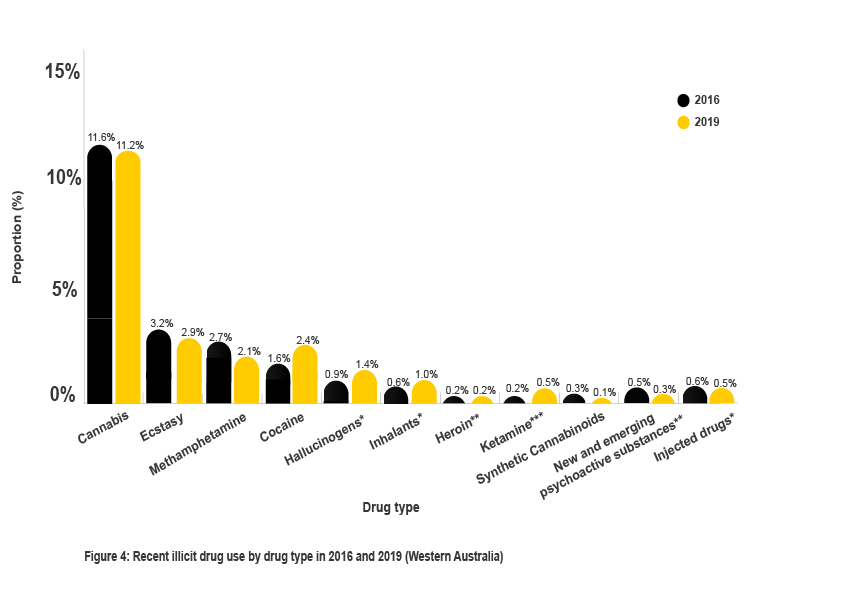 Caution must be used when interpreting the data for the drug types with an astrix. The estimate may have a relative standard error*, a high level of sampling error** or both***. This is generally due to small sample sizes.

The cost of illicit drug use

For more information on trends by drug type download the AIHW NDSHS 2019 or for state specific data, use the supplementary data tables.